_Summary | The FUTURA without stability

To  be honest the heading is probably a bit of a harsh judgement but in the essence kind of true. The SPEEDSTER is indeed based on the same design as the FUTURA, but given the fact it’s a ballerina/slipper it lacks the added stability that the velcro gives its bigger brother. I cannot support some of the other testers coming to the conclusion that this is one of the most aggressive ballerinas ever made. In the contrary I think it’s a relatively tame version of a slipper, the problem is that even if you buy it tight, it lacks in stability what it tries to make up for in aggressive form. At least for me the compromise doesn’t add up. In addition it has the same design drawbacks as the FUTURA, particularly the lacking sustainability due to the ‘edgeless’ sole design. On the upside though the SPEEDSTER is relatively ‘cheap’ compared to the nearly 50€ thus 50% more expensive bigger brother. So if you can forgo the additional stability of a velcro or a lacing, and don’t want to spend ridiculous amounts of money on a climbing shoe, the SPEEDSTER is a decent alternative.


_Features | Comfortable but with a disappointing stability and just standard fit 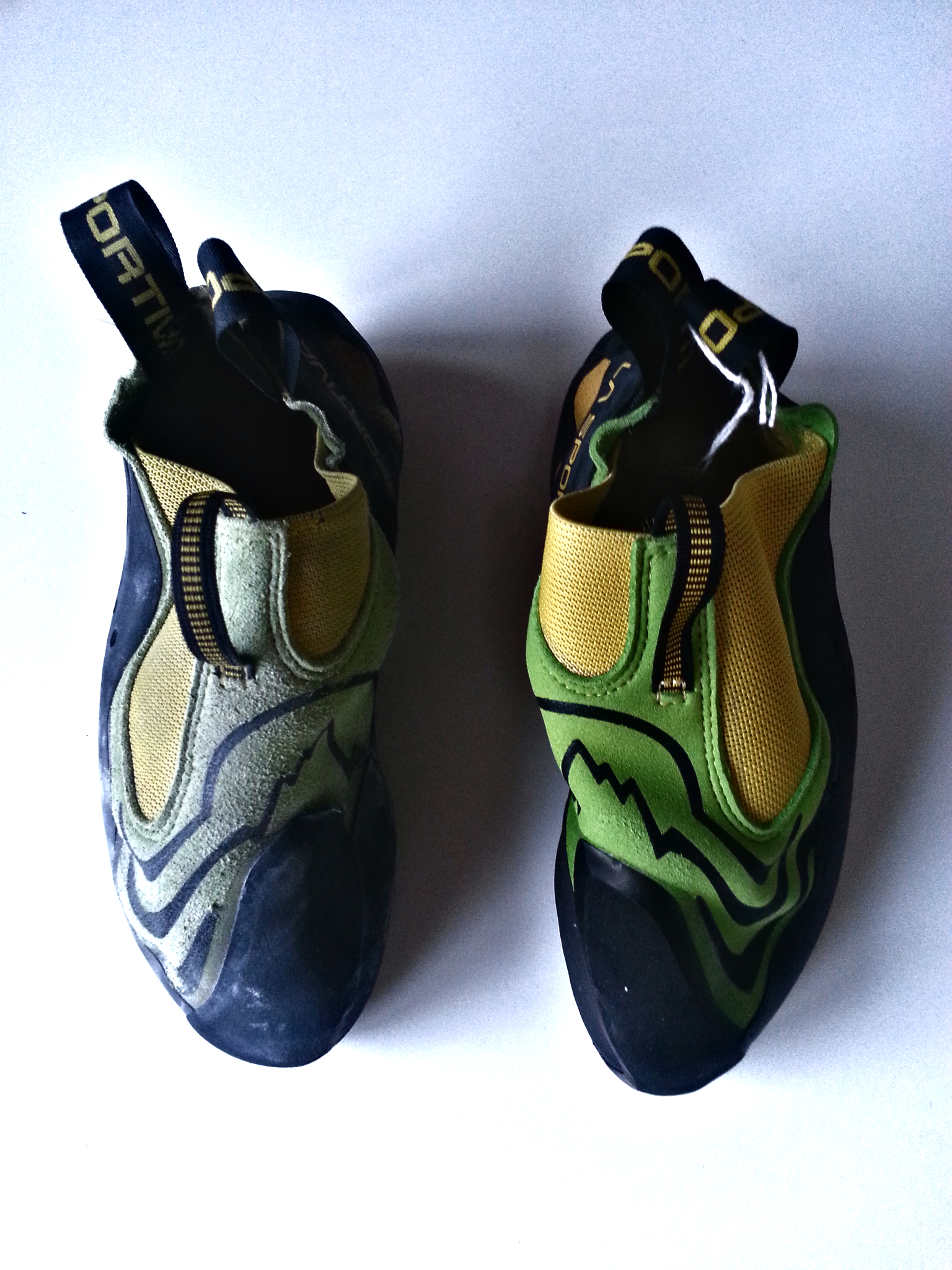 lasportiva | speedster | old vs. new – note the rubber on the inside on top losing cohesion

The SPEEDSTER tries to be a more comfortable FUTURA and clearly falls short of its own expectations. The biggest miss is the FUTURA like fit with a lack of stability due to the slipper system and thus lacking velcro fasteners. This means that the shoe, despite being extremely tight (buy it a number smaller than the FUTURA) wriggles around the foot when extreme pressure is applied, i.e. very small ledges, heel hooks or jams. And to be honest, what the edge-less design does to the FUTURA it somehow does not for the SPEEDSTER. It always feels a little unprecise and kind of shaky. In my view that’s already it regarding this slipper, a great idea, but somehow I have the feeling that the edge-less design just doesn’t work without lacing or velcros to alow precision with the round edges. The much I like them with the FUTURA, I just can’t find it similarly helpful and an asset with the SPEEDSTER.

One strange thing happened to me with my 3rd or 4th set, somehow either my feet changed suddenly or LASPORTIVA changed the lasts, but I simply couldn’t wear the shoe anymore without causing the mid-sole of my feet to come under so much pressure that I couldn’t keep the shoes on. Additionally they lost even more of the little stability they used to have. I’ll give it another try the next weekend, but am still skeptical.

_Rock terrain and Technique | Somewhere between the worlds

Well that is partically answered above, due to the lack of stability all extreme situations are probably not ideal in my view for the SPEEDSTER. Slabs are the type of rock where I personally still feel comfortable or pockets with enough contact so you do not simply balance on the round edges. The shoe additionally really fails when heel hooking, while toe hooks still work. If you buy the shoe too small however you tend to make heel hooks completely impossible as it somehow loses all stability at the heel and you won’t have fun with slabs either as your toes are bent in a way that reduces friction with the rock face.